Meet our dual-language characters. Many BookLingual books feature our lovable, hand-drawn, illustrated characters. Kids fall in love with the characters, love the stories, and don’t even realize that they are learning language at the same time!

Benny is not your average 7 year old koala. Well, for one, he is bilingual. He is also pretty crazy, a little shy, goofy, and most of all curious. He is not afraid to go on adventures (as long as it is not with his annoying little sister Monica). He spends most of his time reading, playing soccer, and hanging out with his two best friends – Alex and Christine. 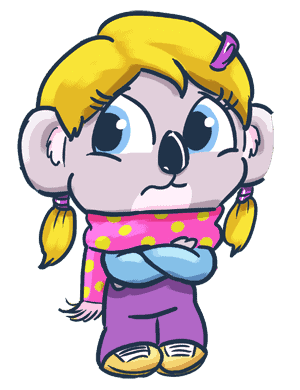 Monica is loud, obnoxious, and speaks a dual-language. She enjoys her favorite pastime of annoying Benny every day. Although she is constantly making noise and getting in trouble, it is probably because her Papí spends more time with her brother. She just wants to get more attention, and does whatever it takes to get it. Also she is surprisingly good at gymnastics – they learned this after she did an accidental back flip after falling from a ladder. 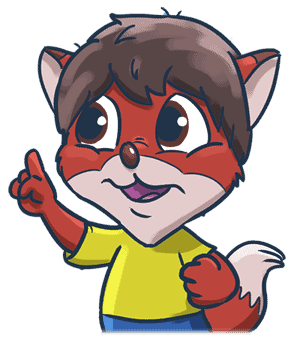 Alex is the son of hard working immigrant parents that have made a new life in the town that Benny also calls home. Alex is also bilingual. Though he does have trouble with school work, he is an all-star soccer player. He also secretly likes to draw and paint pictures (but doesn’t want anyone to know!). 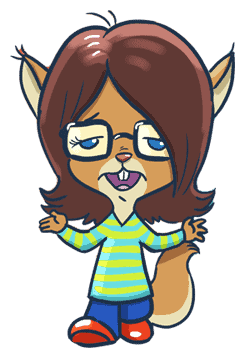 Christine is one-fancy squirrel. Her parents drive fancy cars, she has a big house, and her parents make her practice, practice, practice. Against her mother’s will, she does not like makeup or clothes, or girly-stuff, she likes to hand out with the guys and have fun. But she is still super-smart, bilingual, and can’t fight off the nerd in herself. 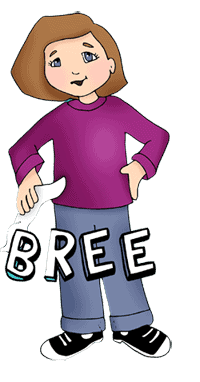 Bree, an 8 year old middle-achiever, doesn’t fit in with the popular kids in her class. She is not really good at any sports, and does not seem to do that well in school. But she has a secret pet “Bee”, and does a good job of not letting the world know about her crazy past. 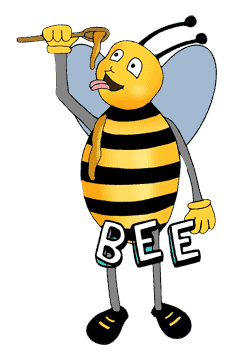 Originally from Soviet Russia, Bee was a secret agent before getting caught up in the Chernobyl meltdown. The radiation turned him into a Bee, probably because he did so many “stings” in his past job. He was found by Bree, and after one too many sarcastic remarks, Bee almost becomes ‘human’ again.

Our dual-language characters are certain to bring your children joy!