How To Teach Your Children Real Spanish 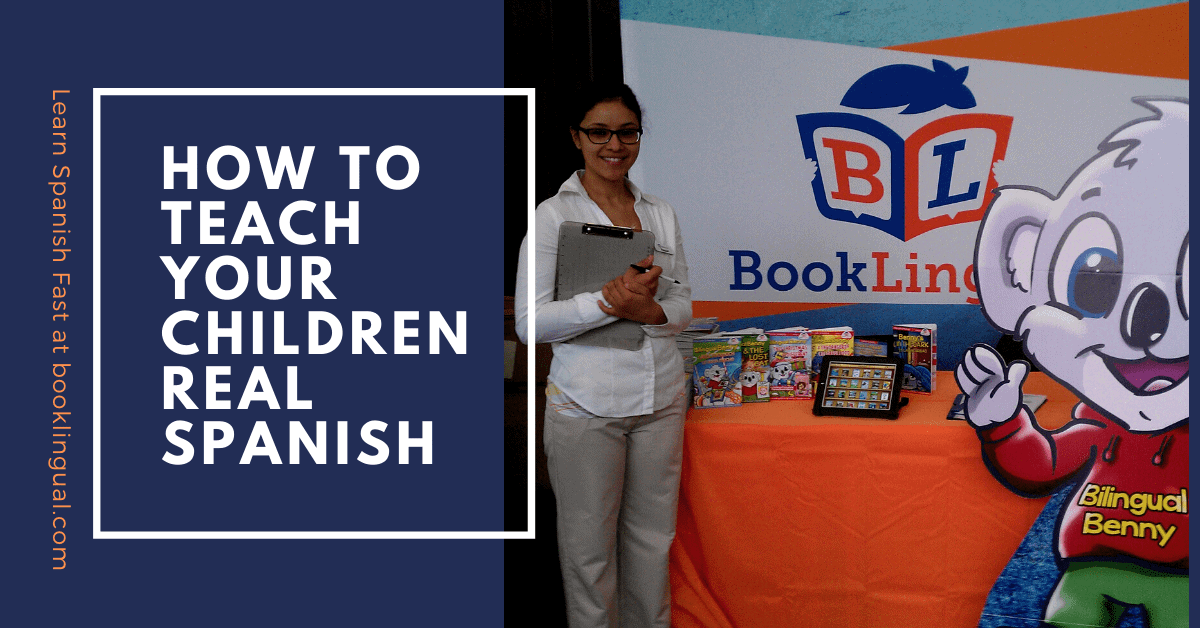 Teaching children a new language can be fun, but textbook Spanish doesn’t cover ‘real’ Spanish, instead try these seven techniques to make sure kids are receptive to learning a brand-new language – no textbooks needed!

While textbooks have their place in helping children to learn the grammatical and structural side of a language, textbooks don’t help children to learn about accents, regional dialects as well as cultural and social nuances. As with any subject, kids are much more receptive to learning something new when it’s in an engaging and practical way. Here we look at some of the great ways children can learn real Spanish in an integrated way, without the need for books.

An excellent way to make connections between words and their meaning is by visualization. For children, having to name the animals in Spanish and answering questions based on the animal in Spanish is a wonderful way for kids to associate the Spanish word with a real association. As animals showcase their actions, it is an ideal way to learn verbs such as swim, jump, swing, eat, and run. From there, children will be able to form sentences such as; ‘the monkey at the zoo is swinging in the tree’.

It is easy to acquire Spanish versions of classic games such as Monopoly or Scrabble. Board games are a great way of learning Spanish instructions and flexing those vocabulary muscles. You can also enforce a Spanish-only rule, which all conversations while playing board games must be in Spanish. Don’t forget to keep the score in Spanish – an easy way to get to grips with numbers in a different language.

Although free of textbooks, an element of reading may be required, but at least it is interesting and enjoyable to read. It is easy to find Spanish language magazines that talk about celebrities or hobbies which are often written in a more conversational style, rather than formal textbook Spanish. These magazines will often have a little bit more about the Spanish-speaking cultures, so kids can learn more about a culture and what’s important to their readers.

Not only is Spanish food delicious, but it can also help your children to learn the language. Let the kids help out in the kitchen to create an indulgent Spanish feast. As each ingredient is used, ask the children to tell you what it is in Spanish and the amount needed. While they are tasting the food make sure to use descriptive words that will help them speak the words in the right tone, i.e. enthusiastically for ‘delicious’ and negatively for ‘horrible’ although hopefully all of the feedback will be positive!

While the best way to learn a language is by immersing yourself in it, if children don’t live in a Spanish speaking country this can be really difficult to fully immerse in the language. For any dull moment, or on a car journey, download some Spanish games for kids to play on your phone. Designed for Spanish children, this will speak ‘real’ Spanish to them, not just formal textbook Spanish. As kids get addicted to these cool games, you’ll see their Spanish coming on in leaps and bounds.

A catchy tune can really help your brain to remember lyrics, and this is no different for children. Choose some fun Spanish pop music and let your kids enjoy the beats while trying to guess the words in the song. To start your Spanish musical journey, you can listen to a Spanish song and download the lyrics here. Remember to have fun and don’t let your kids get frustrated or give up if they can’t figure out the words, it can take time, but having the lyric sheet available will certainly help.

Settle down for a movie night with the children and watch a cartoon film in Spanish. A great way to start this level of learning is by putting on a film they already know well and changing the language to Spanish. Films like Despicable Me and Frozen are ones they’ll know word-for-word anyway so hopefully they will start making the connections to the words in Spanish. Once their learning has progressed, try new films that they haven’t seen. Films are a great way to immerse children in the Spanish language and different accents and dialects and enable them to mimic and pronounce the words in the same way.

Founder of Gritty Spanish – The Audio Program that Will Teach You Real Spanish, Real Fast